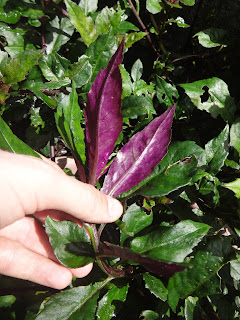 Gynura bicolor is a perennial tropical, half-succulent plant from Asteraceae family of East-Asian origin. It can grow as a small dense bush, high groundcover or climbing plant. It is often called Okinawan Spinach as for years it was used in Japan, Taiwan, China and some South-East Asian regions, as a leafy vegetable. In the last decade it's humble popularity expanded outside of those Asian countries, reaching USA and Australia, but generally worldwide this plant still remain a rarity. Alongside it's culinary values it's health benefits are also highly appreciated, and in the last decade it's medicinal actions and phytochemistry has been tested sporadically.
The other names of Gynura bicolor include : Hong Feng Cai (Chinese), Sambung Nyawa Ungu (Malay). Edible Gynura and Okinawan Lettuce (English).
There is a lots of misinformation on Internet as this plant is very often called mistakenly by amateurs as Gynura crepioides. This name obviously derived as a distortion of a name Gynura crepidioides, which is in fact old, nowadays out of use synonym for Crassocephalum crepidioides. Crassocephalum crepidioides plant is quite closely related to Gynura bicolor, and share few of it's culinary and medicinal uses, but is less safe for consumption as it contain more pyrrolizidine alkaloids than G. bicolor (so it can be harmful to human liver even in not so huge doses). C. crepidioides also differs much in appearance from G. bicolor, so no serious gardener can mistake both plants.
Authentic Gynura bicolor plants are also sometimes mislabeled as Gynura divaricata, Gynura pseudochina or Gynura procumbens. Gynura procumbens is actually the closest relative to Gynura bicolor, it's leaves has more smoothely toothed-lobbed edges, and downside of it's leaves is green and not purple, but both species growth habit, general outlook and flowers are the same. Also taste of both is quite the same (I think G. bicolor tastes just bit more nutty-herbal), and it's nutritional and medicinal values are very similar to. 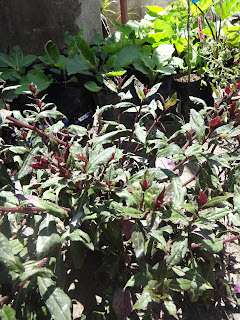 Gynura bicolor is generally a perennial vine but it's stems are quite thick, straight and stiff, so with regular cutting of stems tops this plant can grow like a small shrub. If left to grow, it's stems can get around 4m long, crawling on the ground or climbing on a tree, fence etc. It's leaves and young stems are subsucculent, older stems are becoming half-woody. Due to water storage in it's tissues it can survive serious drought, but it thrive in wet compost soil and humid tropical climate. In nature it grows usually in wet meadows, forests outskirts, on river banks and near lakes, but not on swampy ground, as waterlogged soil is causing Gynura's roots rotting. I was experiencing this problem every year in my garden in north of the Philippines during the rainy season, one week of constant rains in flat area and all Gynura plants was gone dead rotten. Hence, I've started to plant new Gynura plants only on slopes, where water can't retain. As a tropical plant it also can not withstand any frost, but I've read interesting claim that it '' Grows all year round in warm climates, and will die back in winter in the cooler climates – generally will reshoot in spring.''
Gynura likes full sun and partial shade, in strong shade it's growth is slow and disturbed. It starts to flower after some period of water scarcity, mostly during dry summer months. So if you grow your Gynura in pots indoor and you would like to see it flowering - don't cut it's stems for some time (you can still pick few leaves leaving some on stems) and gradually stop watering it until the soil will be very dry. If the plant has enough sunlight you should see flower buds appearing shortly after. G. bicolor is generally easy to grow indoors and just like in gardens it can be quite ornamental, due to it's nice shape and purple young stems and downside of the leaves. The flowers although rather small, comes in clusters of few and have a nice looking, vivid orange-red colour. And it is followed by also attractively looking white puffs of seeds.
Gynura bicolor can be propagated by seeds, but stems cuttings grow roots very easily and quickly, and the layering is easy too, as the stems that touch the soil usually grow roots soon. Compare to other leafy vegetables it is relatively pest and diseases resistant, but sometimes it can be affected too, for example by snails or fungus.
Although Okinawan Spinach can cope with any type of soil, for best harvest it should grow in rich well drained, wet compost soil in high temperature. The leaves and tender tops can be harvested all year round, but if plants are still young and small it is better to pick leaves only and always leave enough on plant to not slow it's further growth. G. bicolor leaves have still soft skin and flesh and are crispy even when already old, but are more nutritious, contain less water and store for longer without wilting, than the young underdeveloped leaves. Of course it is the best to pick the leaves or tops straight before eating, as the level of it's antioxidants content drops every with every minute after picking. But if you have to storage it for few days and your plants are already big, then cut whole long stems and keep in such form until consumption time, when you can remove leaves and tender tops from tough stem. This is the best way to keep it fresh even for a week in room temperature or cooled. But for really long storage purposes it can also be dried. 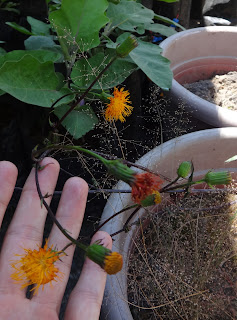 Gynura bicolor leaves and young tender shoots has a mild taste with nutty-herbal aroma. It is very juicy and crispy, bit mucilaginous, and can be used fresh or cooked in any possible way that leafy vegetables are. It can be added to salads or sandwiches, juices or smoothies, steamed or boiled like spinach, added to soups, stir-fries, omelettes or turned into tempura.
Reddish purple colour of downside of Gynura bicolor leaves can make your salad more colourful, but when boiled the colour is getting darker and less attractive. To avoid it becoming slimy pulp, the leaves should be cooked only for short time.
Okinawan Spinach is a vegetable of cooling character and so in Chinese cuisine it is usually cooked with warming ingredients like ginger, sesame oil or rice wine. In Japan, the leaves are eaten flavoured with a sauce of saki, shoyu and vinegar. In Taiwan it is very popular as an ingredient in vegetarian cuisine. It is highly regarded for it's original taste and nutritive values also in some regions of South-East Asia, but it is rather not well known veggie.
The leaves, stems and roots of the plant can also be made into tea by boiling with water. 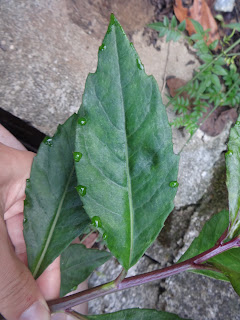 Gynura bicolor popularity as a medicinal plant is just as small as it's availability. It's health benefits are well known probably to everyone that consume it as a vegetable in Japan, Taiwan, China, Malaysia or other South-East Asian countries. But even in those places it is rather less known plant. And very few books or websites about Asian medicinal plants has any information about G. bicolor in it. But it seems to be getting more popular nowadays in East Asia, and even starts to be known elsewhere, in USA, Australia or Russia. As it attracted more attention in last decade, a small number of scientific studies has been conducted to tests G. bicolor phytochemistry and medicinal actions, mainly in Japan, China, Taiwan and Malaysia.

In Traditional Chinese Medicine Gynura bicolor is described as cold herb, good for treatment of diseases caused by excessive heat in the body. In terms of Western Herbalism this plant is described as : antioxidant, anticancer, anti-inflammatory, antihypertensive, antihyperglycemic, immuno-enhancing and chelating (cleaning body from heavy metals).
One study results showed that the ethyl acetate extract of G. bicolor possessed cytotoxicity and induced apoptotic and necrotic cell death in human colon carcinoma cells (HCT 116 and HTC 15), and the other, that this herb could induce apoptosis in HL60 leukemia cells.

Despite it's content of pyrrolizidine alkaloids (of which many has potential to damage human liver cells), Gynura bicolor has been proved in laboratory tests to be safe for consumption. There are also no reports about acute side effects or long term negative health impact of eating G. bicolor from any of the countries that hosts a lots of Okinawan Spinach regular consumers. Despite this, moderation is advised when it comes to consumption of Gynura bicolor, esspecially for people with weak liver, as many reports state that big amounts of pyrrolizidine alkaloids in diet over prolonged period of time can cause liver damage. 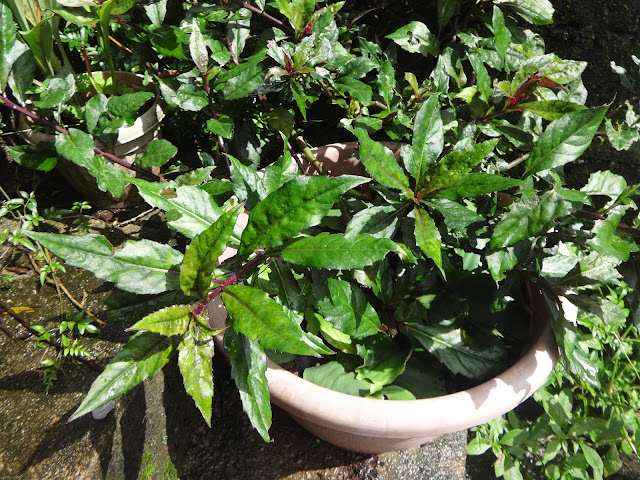 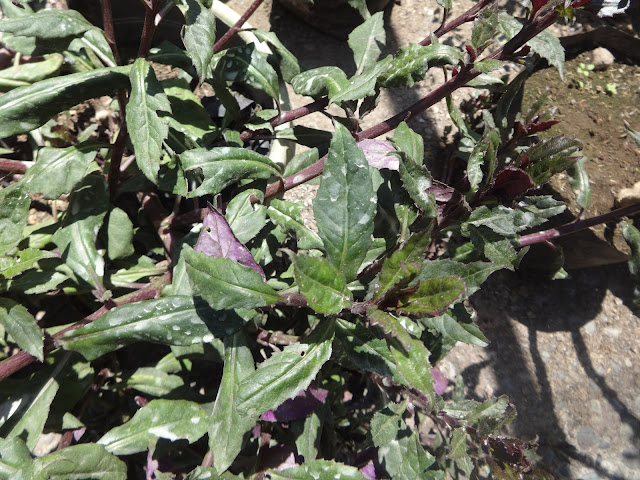 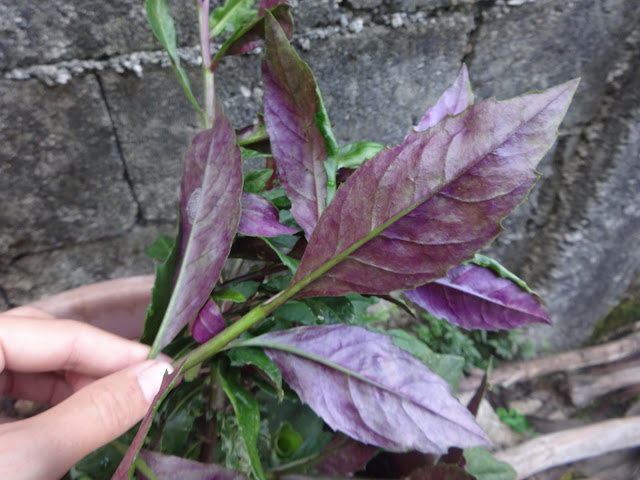 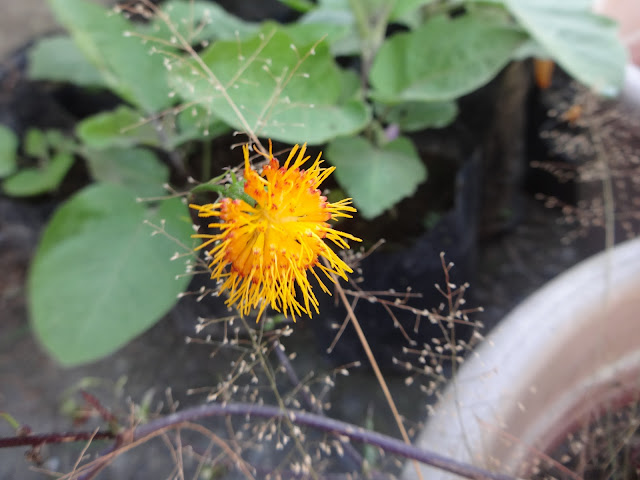 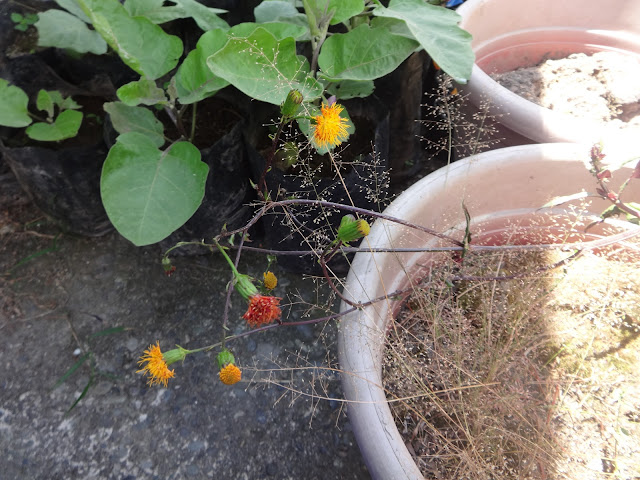 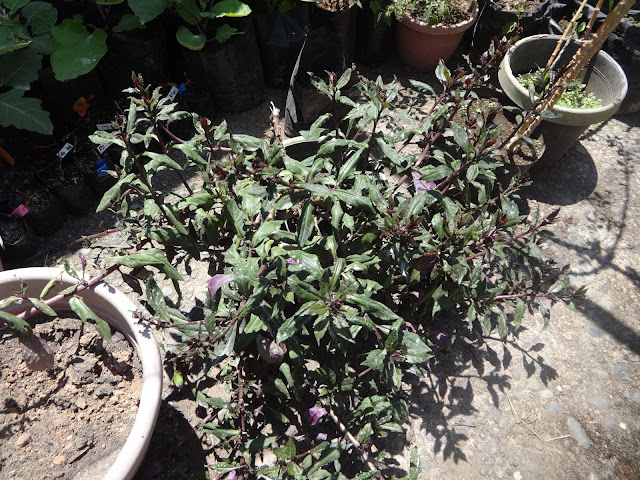 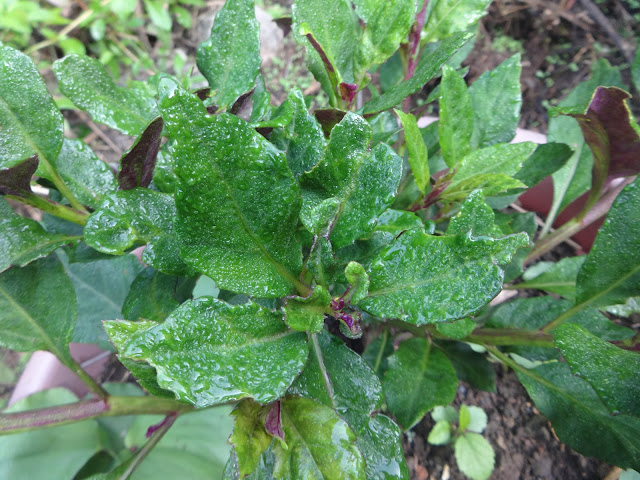 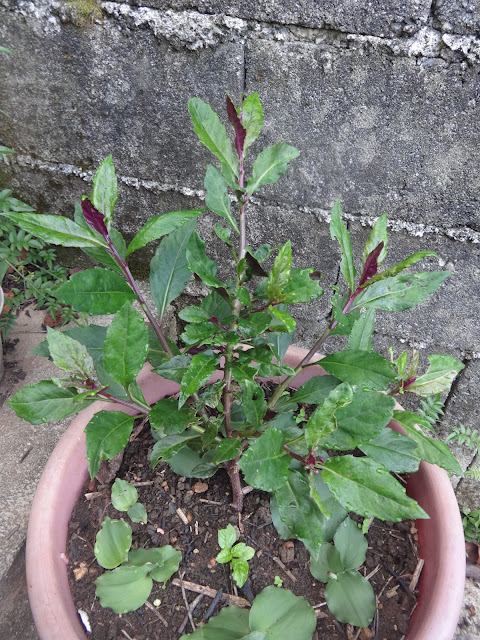 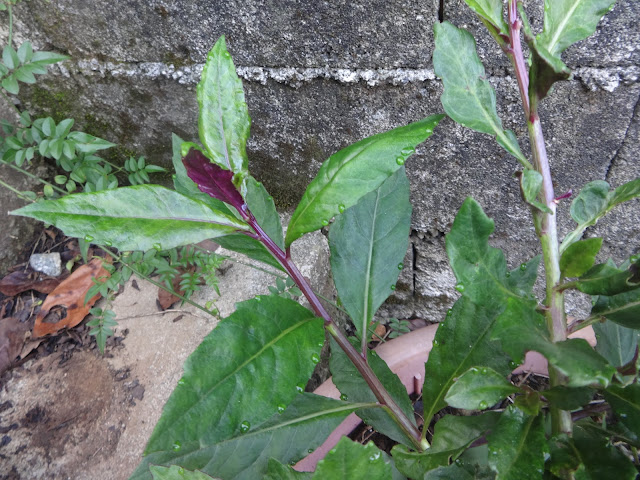 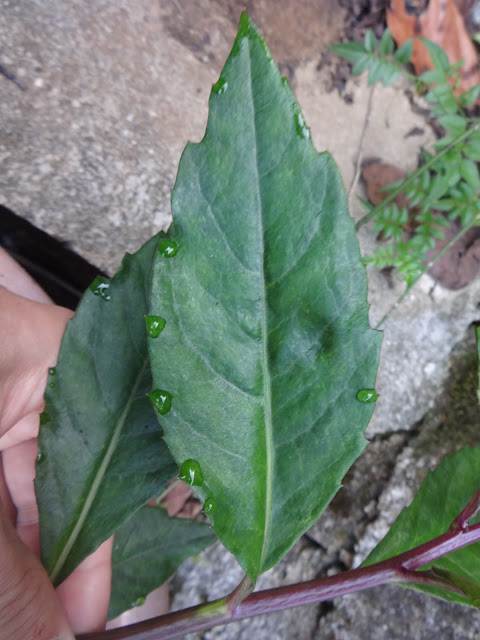 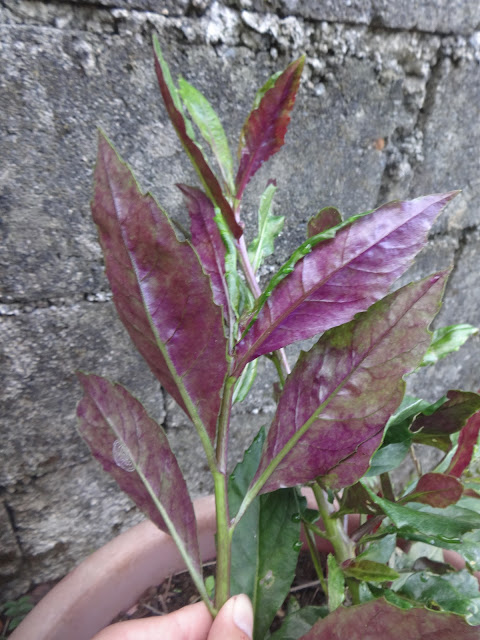 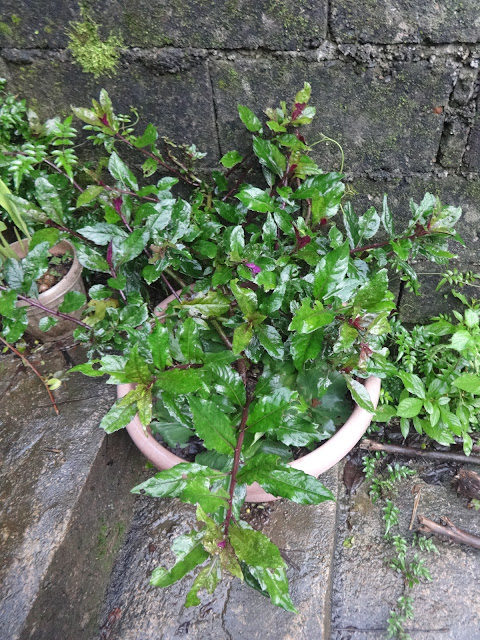 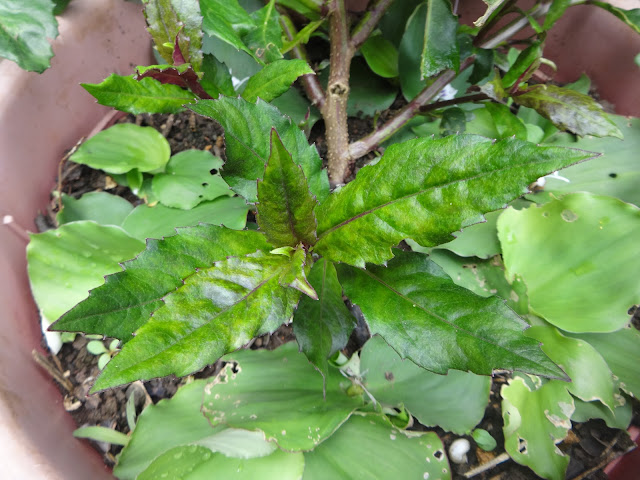 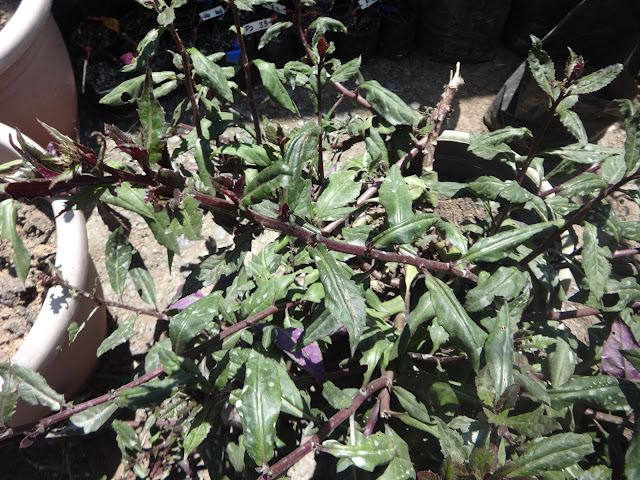 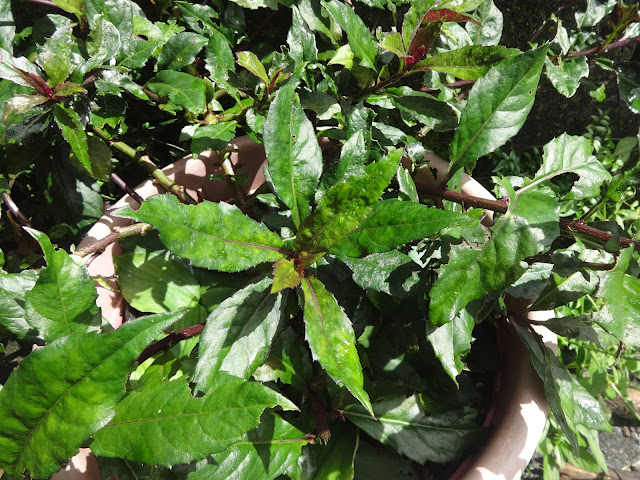 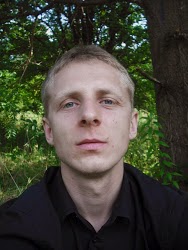